When you think about it, its ridiculous the amount of trauma that that strip of hair growing on the ridge above a person’s eye socket can cause us girls.

The problem with the brow is that unlike a dodgy haircut, it can’t be hidden as easily.

If you over pluck those babies then we are all going to see them,or if you plucked them way too much then maybe we won’t see them!

If you try to save a few pennies, and home tint them a few thousand shades too dark for your hair colour, you can be sure we will notice that.

And when you were inspired by all things Essex to draw them on, and created either slugs or the most severe right angles known to man. We saw that too.

But the thing is, we’ve all been there. Every single one of us has made some sort of brow faux pax, so it’s not really about wether you’ve had shit brows, its more about, to what degree did you commit your brow crime!

What I wanted to do in this post is not give a tutorial on what your brow should be, because there are enough of those out there, and to be honest I’m still experimenting with what the hell to do with my own.

No, in this post I wanted to try to reassure those who have any issues with their brows that they shouldn’t feel ashamed.

I wanted to inspire laughter  at my own expense so that you might feel better about your brow, and perhaps think before you raise your brow at someone else’s brow.

Well that’s enough of my waffle for brow, here are some of the worst times I committed brow crimes in picture form.

Over-plucked, not drawn in and covered in a bit of foundation, giving a nice alien appearance

The sponsored by Sharpie brow 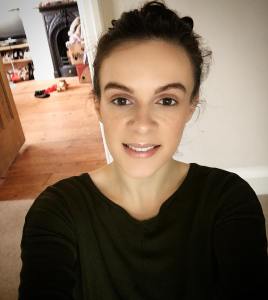 The current situation, minimal use of MAC eye brows shade lingering, always maximum brushing out with a comb, and NO plucking. AKA The an ode to Cara brow

Would love to hear you brow horror stories, and any brow styling faves that you have

3 thoughts on “Eyebrows: The Good, The Bad and The Bushy”